Accessibility in the Video Game Industry

Video games are one of the fastest-growing forms of entertainment in the world, so it’s important for them to be accessible. In the year 2020 alone, the video games market was worth over $90 billion and by the year 2025, is forecasted to be worth nearly $266 billion. (Dobrilova) As it grows, so too does its reach to a wider and more diverse audience of players including those with motor, visual, hearing, and cognitive disabilities. Considering this, it is becoming increasingly clear that a significant investment in accessibility is needed to allow for more people to be able to play and enjoy video games, and various video game developers and publishers are rising to the challenge.

Games are a powerful medium that can transport us to places full of discoveries; teach us new things about the world we live in; challenge and improve our cognitive function or even help us stay connected with friends and loved ones anywhere in the world. For some, games can offer therapy, pain relief, escapism, and independence (Game Accessibility Guidelines) so by making games more accessible, it enables more people to enjoy the benefits that come with playing them.

Video game accessibility also carries an inherent financial benefit: more accessibility features means more players with disabilities will be encouraged to spend money on a game. When a developer prioritizes accessibility, increased sales will come from gamers that want to support and reward them for their efforts which in turn provides positive PR and free marketing via social media and word of mouth.

Accessibility features also provide benefits to gamers that might not necessarily suffer from a disability but still have difficulty enjoying a game without options like subtitles for dialogue, custom controller remapping, adjusting the game’s difficulty, and more.

Over 2.8 billion people across the world participate in digital gaming (Mut) and according to research conducted by the Accessibility Foundation in Utrecht, The Netherlands, approximately 92% of people with some kind of impairment also play video games. Furthermore, people with disabilities play a lot of video games each week – as much as 10.3 hours on average or in some cases, as high as 25 hours. (Wing Chin)

Implementing accessibility features to a game enhances the experience of both disabled and non-disabled players. If a game is still in the design documentation phase, it can be significantly easier to implement accessibility since guidelines can be met with simple design decisions instead of needing to retrofit later. In the case that accessibility is approached later in the development process, a choice can be made on the level of accessibility that makes sense for the project based on the reach, impact, and value (cost to implement).

Accessibility in Game Design can be broken down into four primary categories: motor, cognitive, vision, and hearing. Within each of these categories, a variety of accessibility options are available that include: control remapping and sensitivity, subtitles and high contrast text, no mandatory quick time events or rapid button pressing, scaling the level of difficulty, and even options to entirely skip sections of the game.

Going beyond just accessibility options, fundamental game design decisions can be made to further enhance the user experience. For example, a developer can choose to design a HUD (heads-up display) or the game’s overall interface with colors and fonts that have good contrast and are easily perceivable and understandable.

Another good example of accessibility by design is when a game features autosave functionality. By removing the responsibility of having to save from the player, it creates a better experience for both players with and without motor disabilities who might forget to save their gameplay progress or experience a technical issue that forces them to restart the game. With this in mind, it is important to provide some sort of visual indication when the game’s progress is being saved so that the player will know.

Now more than ever, game developers and publishers are demonstrating a commitment to investing in video game accessibility.

Back in 2018, Microsoft revealed the Xbox Adaptive Controller – a revolutionary piece of technology designed to make gaming more accessible to players with disabilities. The controller was built from the ground up in collaboration with accessibility advocacy groups and charity organizations and features compatibility with a variety of external devices that can be connected via either 3.5mm jacks or USB ports.

Several of Playstation’s high-profile studios including Naughty Dog and Insomniac Games have released critically acclaimed AAA games featuring a robust suite of accessibility options. The Last of Us Part II (Naughty Dog) was released in June 2020 with more than 60 accessibility settings, including expanded options focused on fine motor and hearing, as well as completely new features that benefit low-vision and blind players. The game received a Game Award the same year for Innovation in Accessibility and is lauded by the gaming community as being one of the most accessible video games ever released.

Ubisoft started a task force in 2018 to increase awareness of accessibility across all of its studios with the goal of having Ubisoft’s productions meet basic accessibility standards by 2020 while working towards a bigger goal of accessibility by design. With the help of the community and accessibility consultants, Ubisoft is learning and working on improving the experience for as many players as possible. As a result, many of Ubisoft’s games released since 2018 are praised for their robust accessibility feature set. 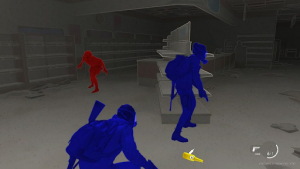 The Last of Us Part II
Playstation Studios, Naughty Dog

Features a robust suite of both familiar and completely revolutionary accessibility presets for all kinds of disabled players. Some highlights include screen magnification, navigation assistance, enhanced listening mode, text-to-speech, and a variety of difficulty-focused presets that make it easier for all players to be able to complete and enjoy the game. 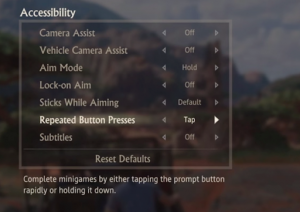 Although it may have been only a stepping stone to The Last of Us Part II, Uncharted 4: A Thief’s End includes several great accessibility features such as camera assist, press-hold for sequences with QTEs (quick time events) or melee attacks, control remapping, and snap-to-aim which eliminates the need for precision aiming with weaponry. 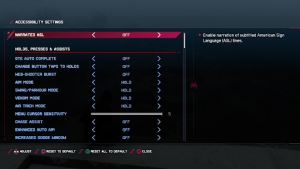 Not only is a character with a hearing disability featured prominently in the game’s story but this action-packed, heroic adventure features a diverse list of accessibility features benefiting all kinds of disabled players. Among these are QTE (quick time event) autocomplete, increased dodge window time, chase assist, puzzle hints, accessibility vibration, and various shaders and high contrast options to help with visibility. 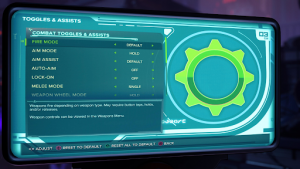 Known for its bombastic and over the top action, Insomniac’s latest has been praised for its large accessibility feature set, particularly the ability to adjust the actual speed of the game from 100% down to 30%, which makes it easier for players with cognitive and motor disabilities to enjoy the game. 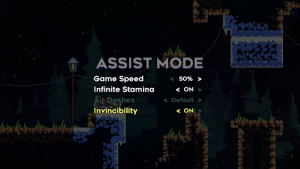 Despite having a reputation for being a challenge to play, Celeste also includes a helpful assist mode. It allows players to adjust the game’s speed, toggle on infinite stamina, adjust the number of air dashes allowed, and toggle on invincibility. 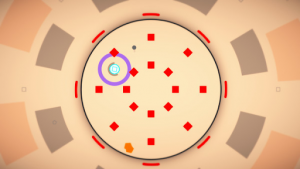 The game’s solo developer describes Hyperdot as being built with flexibility in mind and it is impressive to see that come to life in the number of accessibility features available. Most notably, the game features native support for the Xbox Adaptive Controller, eye-tracking, touch, and tilt as well as colorblind and high contrast display modes. 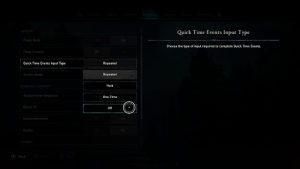 In this Viking epic, players have access to a large collection of accessibility options to change how the game plays across each of its three pillars: fighting, stealth, and exploration. One noteworthy feature is the ability to toggle on collision sounds so that players who are blind or have difficulty seeing will know when their character cannot move due to obstacles in their environment. 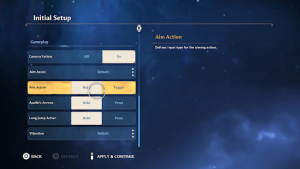 Although the amount of accessibility options does not eclipse that of Assassin’s Creed Valhalla, Immortals Fenyx Rising still contains many helpful features to assist players with combat difficulty, puzzle hints, menu navigation, and more. 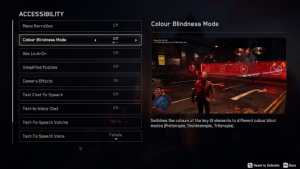 (Image Credit: Attack of the Fanboy)

Similar to other Ubisoft games with accessible design, this game includes a slate of accessibility options covering all things from controller remapping and puzzle hints to HUD (heads up display) customization and directional audio captioning.

Modifies and adapts controllers for gamers with disabilities and raises awareness of the importance of accessibility within the gaming community. Publishes articles on trends in accessible gaming and presents at gaming conferences. A nonprofit organization that does not charge for its services.

Provides standards from the AbleGamers Foundation for making games accessible to people with visual, physical, auditory, and cognitive disabilities.

Publishes accessibility reviews of iOS applications, including more than four hundred games, submitted by Apple users who are blind or visually impaired.

Offers examples and advice on how to structure video games for people with disabilities. Developed by gaming studios and academics.

Download our Accessibility Testing Guide to learn more about accessibility testing, or check out some of the highlights on our blog. 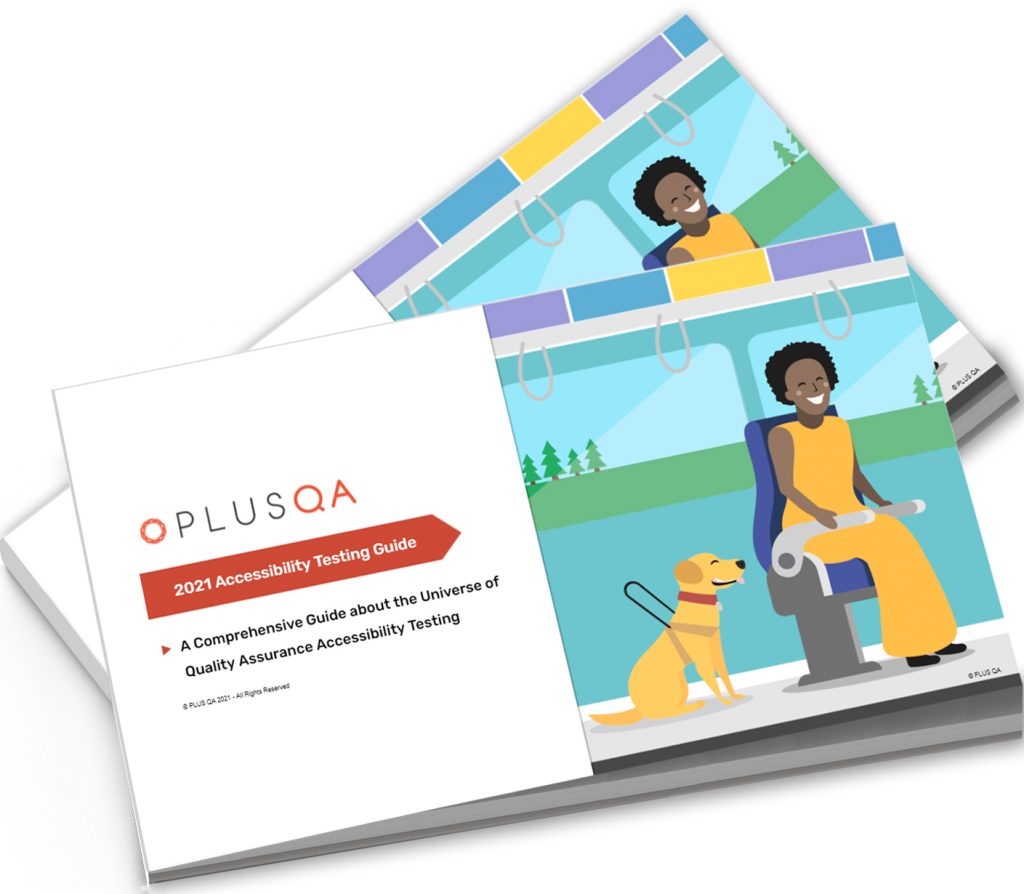 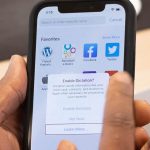 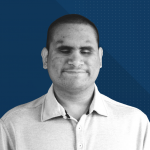 A Day in the Life of an A11y TesterAccessibility