Since the year just started, it’s a great time to look at what iOS devices and OS versions you should plan to support for app testing throughout the first few months of 2020. Apple recently released some mobile statistics for iOS 13 and iPadOS.

Now that we are a few months out we can look at the iPhone 11 results and the most popular iOS devices in 2019. 13 years after the iPhone was announced it’s interesting to see how far iPhone development have come. We have provided a free infographic at the end of the post that looks back at the history of the iPhone.

According to Apple’s latest update from October 2019, iOS 13 represented 55% iOS user base for all devices released in the last four years (50% all-time) – as opposed to iOS 12, which still makes up about 38%. Based on that information we could see that the users quickly upgraded to the new OS version. That’s a good indication that the adoption rate on iOS is usually faster compared to Android.

When it comes to iPad devices, back in October 2019 we could see that of all the iPads introduced in the last four years, 51% use iOS 12, 41% have upgraded to iPadOS and 8% are still on older versions.

Apple released these statistics in mid-October but we can assume that the iOS 13 install base has increased since this reporting.

The most recent statistics we found now indicate that 75% of iPhone users have upgraded to iOS 13 and only 25% of its users are still using iOS 12. This is something to keep in mind when it comes to testing your iOS app, you still want to go back one OS version to make sure your app is stable across both operating system versions.

What are the Most Popular iPhones in 2019?

Based on data comprised of official iOS stats from Apple and information gathered across various websites, user numbers show that a significant amount of iOS device usage on the market is from legacy devices such as the iPhone 7 and (most recently) iPhone 8.

According to CounterPointResearch.com, the iPhone XR was the top selling iPhone in Q3 2019. It was also the most popular iOS device in 2019, as shown in the chart below.

And when it comes to testing an app that is an Augmented Reality experience, always make sure you plan to support testing on iPhone 6S and newer, as older devices are not supported.

Below is a chart of the most popular devices from January 2019 to December 2019. As you can see in the chart, the iPhone 7 is still a popular device and iPhone XR usage climbed in 2019 to be most used device in Q4 2019.

Don’t have the devices and the expertise to do scale testing for your iOS apps?

Please reach out to us to see how we can help you! 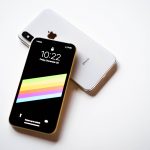 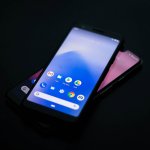