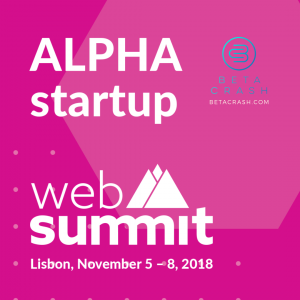 This time next week, we’ll be at Web Summit in Lisbon, Portugal!

Web Summit is the largest tech conference in Europe — and “the best technology conference on the planet”, according to Forbes. With over 800 speakers and 24 different tracks, Web Summit is known for being on the forefront of technology and attracts a varied audience of founders and CEOs, athletes, media, and more.

Now in its 9th year, the startup that started with just 400 attendees now welcomes over 70,000 attendees from over 170 countries around the world — and we’re excited to join them this year!

This won’t be our first year at Web Summit though: PLUS QA founder, Manu Bonnet, attended last year. When he made the decision to get back into building PLUS QA’s proprietary software technology, BetaCrash, he knew that Web Summit would be the best place to debut the project.

As the founder of PLUS QA, a software testing company specializing in Web and mobile app testing, Manu knew firsthand how long the app distribution process can take. So working on a platform that offered a quick and easy way to ship mobile application builds and collect feedback was not only fun, but also useful to our work and our clients at PLUS QA.

BetaCrash was accepted to exhibit as an ALPHA startup — one of several select early stage startups engineering the future of technology — at Web Summit a few months ago, and we’ve been working to finalize our new BetaCrash features ever since.

“BetaCrash started as a side project, but quickly turned into a viable solution for app developers everywhere,” said Manu. “Web Summit attracts an amazing audience and we’re looking forward to connecting and sharing BetaCrash with some of the top minds in the technology industry.”

Next week, we’ll be debuting four new and updated features for BetaCrash: 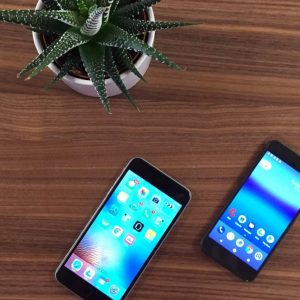 On the Dashboard you’ll be able to easily access and visualize everything you need to know about your apps — how many builds you’ve shipped, how many builds have been downloaded, and the most used devices and operating systems. You can filter results by date and easily download the data to share with your team, too!

With a simple setup — you don’t need to create an account or collect UDIDs — and straightforward steps including uploading your builds, integrating with Xcode or Android Studio, and shipping your app with a simple link, you’ll be collecting important feedback and data that will help you update and improve your app in no time!

The Tickets feature helps you file, track, and organize tickets for every build on every project — no training required! BetaCrash users can also get a broad overview of every bug by project. Details on the Overview page include graphic representations of the total number of bugs by project, status, platform, and tester.

BetaCrash’s CrashReport makes bug tracking effortless by enabling testers to capture bugs and send crash logs to engineers directly from their iOS and Android devices. When testers find a bug, they simply shake their device to capture a screenshot of their screen. From there, they can add a title and description of the bug and submit the bug to the developer with the press of a button!

We’re looking forward to roundtables like “Future VR/AR adoption and application to solve the world’s biggest problems” and “The role of emotions in UX design” — and of course, the parties 🙂

We also can’t wait to showcase the latest BetaCrash features firsthand! We’ll be at Stand #A 502 on Wednesday, November 7. If you’re planning to be at Web Summit, we hope you’ll stop by and say hi! 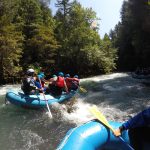 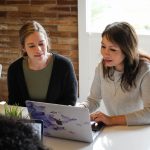