Releasing a new Android application is a challenging task when you look at the range of devices, manufacturers, and operating system versions you need to support. Understanding which devices are the most widely used will most likely save you a lot of time and resources while developing and testing your app. Ultimately you want to release a high-quality Android app that performs well across all Android devices. Not only do you want your app to load well on various screen sizes and resolutions, you also need to make sure the functionalities work as expected on various operating system versions.

Each year we compile data from various websites and the hundreds of apps we test each year. This allows us to give you recommendations of the top Android devices you want to use for testing in 2022. 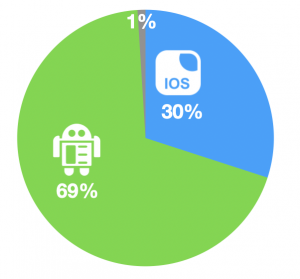 Let’s start with Android operating system version statistics. Whenever you look at Android user statistics it’s important to differentiate between Android users located in the US vs Android users globally. Depending on which region of the world you release your Android app, you want to support the most common Android phones used by your target audience.

The first step is to understand how important Android is and how it’s used by millions of people around the globe every day. According to Statcounter, Android reached 69.57% of the mobile OS market share worldwide in November 2021. Over the course of the year, it maintained around 70% of the market share, demonstrating that Android continues to be more popular than iOS worldwide.

Although more than ⅔ of mobile devices sold worldwide are based on Android, Apple recently took the number one spot in terms of phones sold in Q4 2021, based on an article published on https://canalys.com. 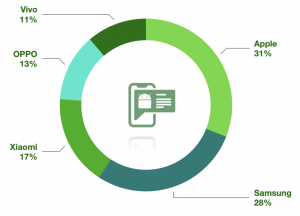 As listed above, Xiaomi and OPPO continue to remain in the top 5 manufacturers worldwide followed by Vivo who recently annoyed the V23 and V23 Pro devices. While Apple and Samsung occupy the first 2 positions, understanding how other Android phones are distributed is important when deciding which devices should be used for testing.

At the beginning of January 2022, the top 3 Android versions were Android 11, Android 10, and Android Pie (version 9.0) making up more than 68% of the total Android users combined.

Meanwhile, a large number of users are still using older versions of Android making it more challenging to support mobile applications on Android OS. Based on a post shared by Deloitte in 2021, the average U.S. household has a total of 25 connected devices. Depending on the type of Android application you are working with, you want to understand what other Android OS versions your app might interact with in the real world.

Over the years the fragmentation of devices and OS’s for Android has always been a challenge for designers, developers, and testers. At the beginning of 2021, 14% of the total number of Android users were still using Oreo (Android 8.0). Developers often need to account for older versions of Android as well as newer ones in beta mode. Just this year, Amazon failed to test the Appstore on Android 12, and end-users reported issues as a result. If you are interested in seeing our previous Android report, please visit our 2020 and 2021 annual report.

As shown in the chart below you can see all the different Android versions released since 2021.

After its announcement at Google I/O 2021, Android 12 has been rolled out to multiple Android phones in the past few months. Although Android 12 did not have a smooth launch the following Pixel phones are getting the new OS version:

You can find the full list of Samsung Galaxy and Samsung phones on Android 12 on 9to5google.com

While it’s difficult to find statistics on Android 12, the new operating system version is known to be buggy on some specific devices. Although we usually recommend users to upgrade to the latest OS version for the best experience, with Android 12 the adoption will probably take longer to ramp up compared to the quick adoption you can see on iOS.

The list of Android devices is vast, thousands of different Android phones are used worldwide however if you release an app for the US market statistics show that Pixel phones and Samsung devices are among the most popular ones.

As listed earlier in this post, if you release an app to a global audience you should include Chinese brands such as OPPO, Xiaomi and Huawei phones.

A combination of devices and various operating system versions will optimize the functionality of your application once it’s delivered to end users.

When it comes to testing, here is our recommended list of Android devices for 2022:

As far as what new devices to expect in 2022? Rumors suggest a new Samsung Galaxy S22, a Pixel 7, and possibly an iPhone 14. Visit Techradar’s website for a full list of the 10 best upcoming phones in 2022.

Now that you have an idea about the top Android devices to use for testing in 2022 remember to keep a few older devices as part of your testing plan. Some users do not upgrade devices as often as people think. Testing OS versions at least a couple versions back is industry standard. Planning on a combination of different screen sizes, OS versions and popular devices is usually the best and most effective approach when it comes to testing.

Stay tuned and visit our blog next week to get statistics and tips on what iOS devices to test in 2022!

Interested in learning more about how we test across hundreds of Android devices? Reach out to us today! 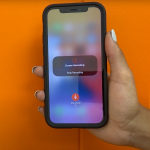 How to Screen Record on iOS and AndroidMobile Apps Testing 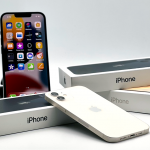