Not surprisingly, Apple’s iOS 12 was the talk of Tim Cook’s Worldwide Developers Conference (WWDC) keynote earlier this week. Cook said the new operating system would focus on better performance and fewer bugs across all devices—new and old—vastly improving the load times of the software.

In addition, iOS 12 ushered in some fun and flashy new features:

ARKit 2 is an updated version of Apple’s framework that enables developers to create augmented reality experiences for users and their friends.

Group FaceTime will allow for video chat sessions with up to 32 different participants!

Screen Time is a feature that reports back to users the amount of time they’re spending on their device and with individual apps.

The first beta of iOS 12 is already available to registered developers.

For all of the iOS 12 hype, it’s still brand new. And according to Apple’s Senior VP of Software Engineering, Craig Federighi, customer satisfaction for its predecessor is at 95%.

That’s a 16% jump from our last iOS 11 report at the beginning of this year and up from the 76% of iOS 11 user adoption reported by Apple in April. (It’s also significantly higher than the 6% of users who have adopted Android’s Oreo operating system.)

Though adoption of iOS 11 got a slow start, clearly most of Apple’s user base has come around. Perhaps making iOS 12 available on every device is Tim Cook’s reward? 🙂

The Benefits of iOS App Development

No matter the specific monthly statistics, news out of WWDC has made the value of being an iOS developer even more abundantly clear. At Monday’s keynote, Cook shared that the money over 20 million developers have earned through the App Store will soon top $100B.

That’s one statistic every developer can get behind.

We support testing on every iOS device! Reach out to learn more about how we can support the development of your next iOS mobile app. 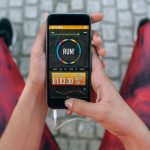