Top Devices for Android Testing in 2018

Scoping the list of devices to support when developing an Android app is a critical step of the design, development and testing process. As the world’s most popular mobile operating system with over 19 million downloads in Q4 2017 alone, supporting an Android app can go in many different directions. Over the years, Android has been known as a diverse platform with thousands of devices from a variety of manufacturers including various screen sizes and resolutions. In this post we will give you a few tips about what Android OS version and top devices to consider when testing your Android app.

Before beginning the process of developing a new Android application, it’s important to understand which operating systems your target audience are using. If your app is targeted at  a younger demographic, it’s possible they will be using newer Android phones installed with the most recent version of Android OS. It’s also possible that your app is targeted to another demographic of legacy users who are more likely to have tried and true operating systems from years past. One way to decide which OS versions to support is to gather analytics or trends from similar apps on the market It’s also helpful to track overall Android usage over time.

PLUS QA tracks Android OS usage on a monthly basis to stay on top of the trends.

For example, in December 2017, Nougat 7.0 and 7.1 represented 23.3% of all Android users, followed by Marshmallow at 29.7% and Lollipop at 26.7%. As you can see, older OS versions are still installed on a large number of Android devices. This is an ongoing trend with Android usage and contrasts with the nature of iOS usage, where more than half of all iOS users have already upgraded to iOS 11. 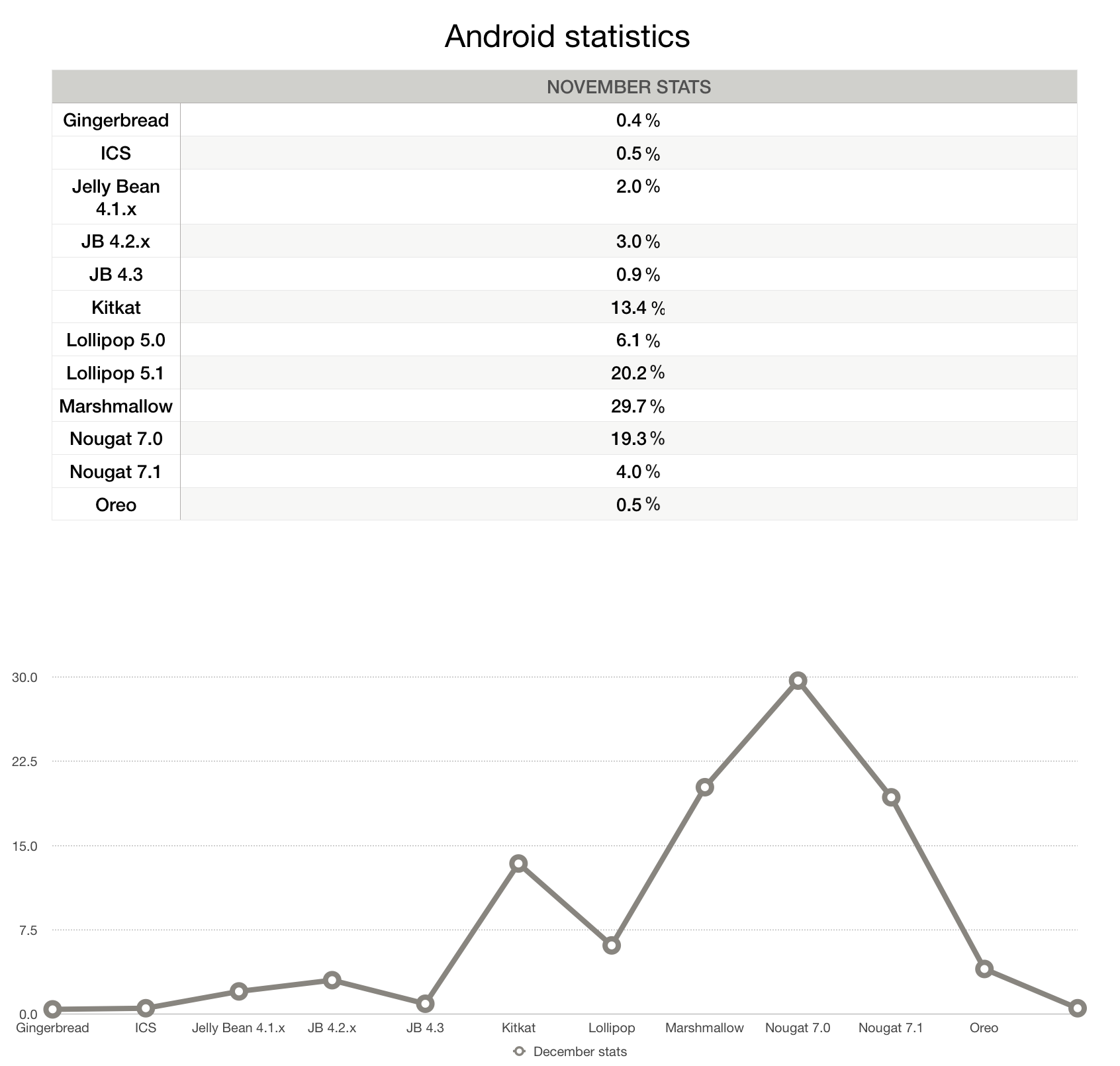 Another consideration when testing Android apps is which screen sizes make the most sense to support. Depending on what type of application you are developing, it’s important to ensure it runs well on phone, phablet, and tablet. With thousands of Android devices on the market, it’s important to understand the type of devices your target audience will be using.  While testing on hundreds or thousands of devices is typically not feasible, it’s still possible to compile a list of  15 devices that will be a good representation of how the majority of users will interact with your app. From here, you have the ability to the responsiveness of your app across a variety of screen sizes and resolutions. 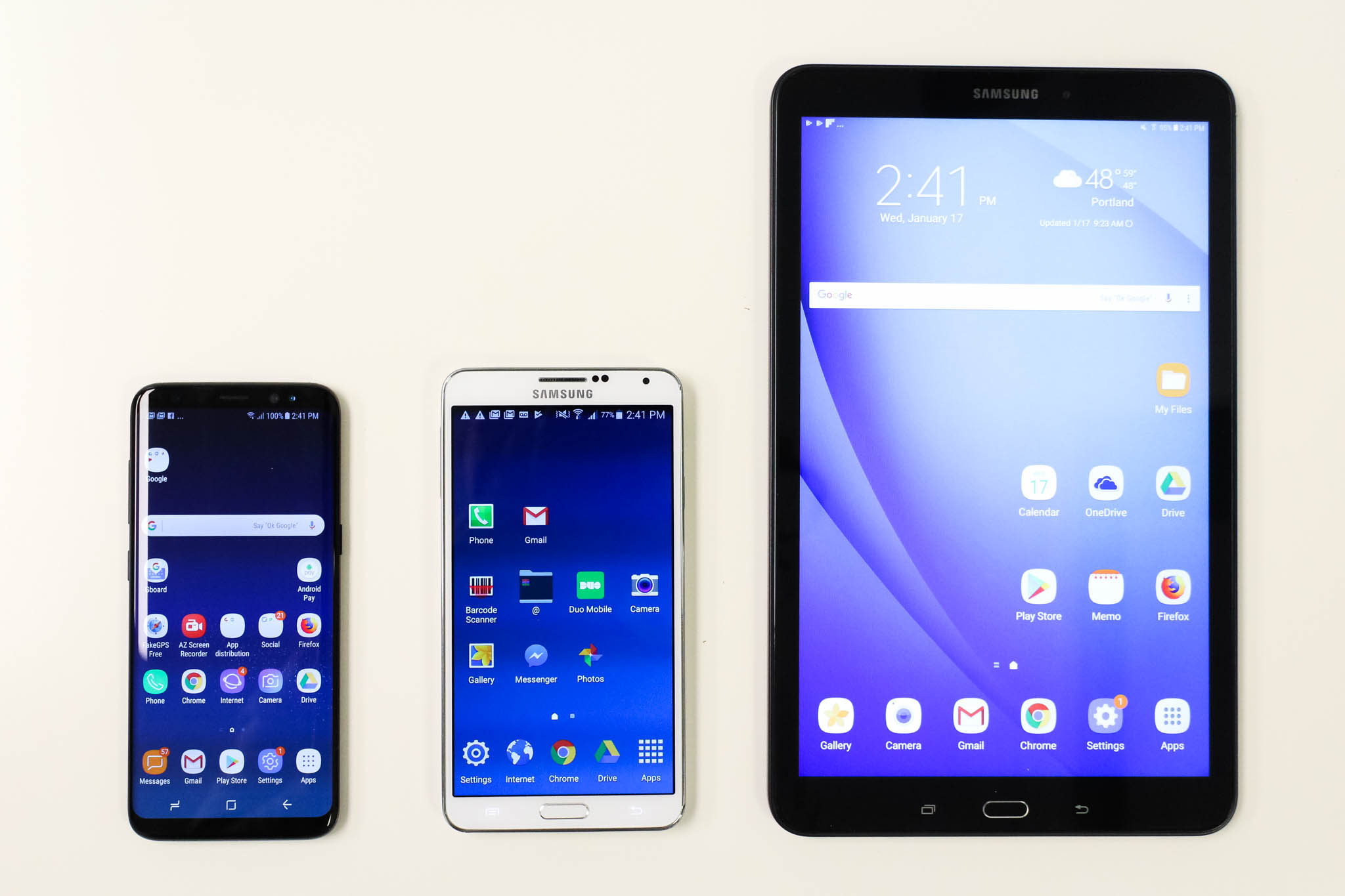 Testing on devices new and old

Domestically the top Android devices include the Samsung Galaxy S series, with the most recent series including Galaxy S8 and S8+ and Galaxy Note 8. Google manufactures popular devices as well, including the Pixel 2 and Pixel 2 XL. While these represent some of the newest and best Android devices available,  keep in mind that a large number of Android users still use older devices. According to Pandroid.com, as of October 2017, the most popular Android devices included the Galaxy S7 and Google Pixel phones. 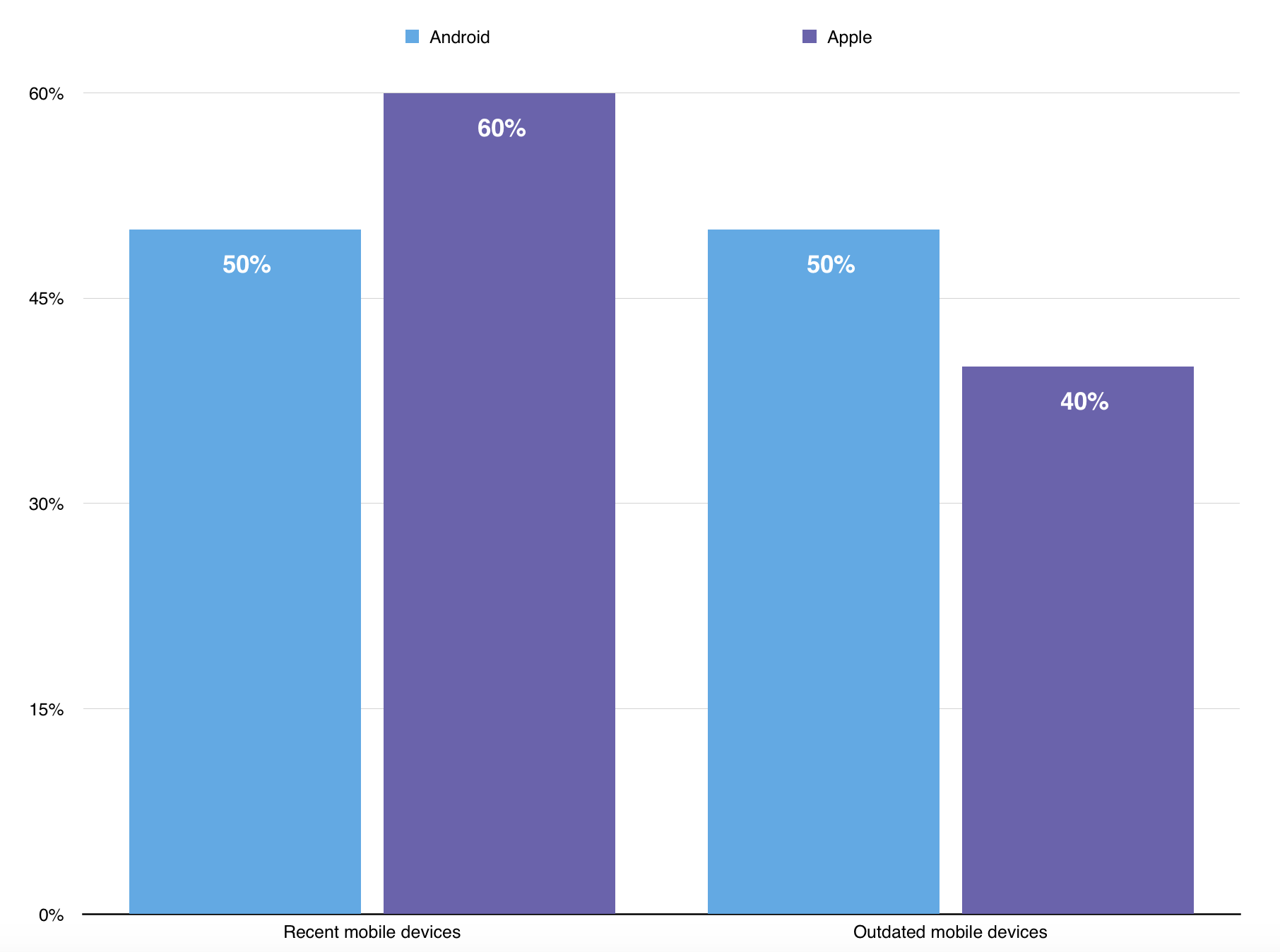 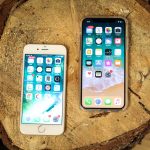 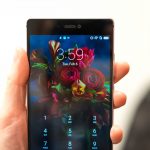