Android and iOS Statistics: The Year in Review

On the Android side, the year got off to a big start as in January, we saw the end of Froyo, the oldest Android operating system. Over the course of the year Gingerbread, Ice Cream Sandwich and Jelly Bean 4.3 remained pretty stable, but we noticed that the other Android OS experienced a small decrease. In fact, JB 4.1.x – 4.2.x, Kitkat, and Lollipop all lost a number of users over 2017, especially Kitkat 4.4.

However, Marshmallow and both Nougat operating systems gained users. With Nougat coming out about a year ago, we were expecting a large increase for this operating system over 2017 and it indeed occurred.

Oreo is the newest Android OS. It just came out a few month ago, and as it goes with every Android OS, it will take time for users to turn to this latest OS. It will be interesting to see the Oreo statistics by the time our 2018 recap comes out.

If you take a closer look at the November stats, you will see that Marshmallow is still the favorite OS for the majority of Android users.  However, the new Oreo is already installed on the Pixel phones (Pixel and Pixel 2) so we are expecting a small increase in the upcoming months.

When Apple releases a new OS, it’s usually linked to the release of a new phone. While you don’t have to get the latest phone to get the new operating system (Apple sends you notifications to update your system), a lot of users nonetheless run into the store to get the new devices. It’s thus easier for Apple to get their users turning to the latest OS version than it is for Android.

iOS 11 just came out less than 2 months ago with the release of the iPhone 8, 8 Plus and the iPhone X, and as you can see on the pie chart, more than the half of Apple’s users have already updated their system.

It’s very important when you are starting a QA round to make sure that you are testing on the right devices. It needs to be targeted according to your customers/audience. Google Analytics can give you this information. When it is time for your company to analyze the traffic on your app or your website, take a look at the devices that your users use. This information will let you start a proper QA test with the right devices and make sure that your app is functioning well on them.

In addition, it’s important to make sure that your tests cover all the operating systems that matter to you. An issue can happen on iOS 10 and not on iOS 11.

Knowing operating system statistics is very important in understanding user behavior and adapting your QA, development and marketing strategies. It’s important have to think globally and make sure that your app is working on every device and OS that your users may be currently using. As we track Android and iOS statistics over the coming year, make sure to follow along with our blog for the latest updates! 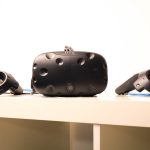