2017 is the year of Virtual Reality and Augmented Reality. Companies such as Microsoft, Sony, Google and HTC have introduced new VR headsets or dropped the price of their existing models. The universe of mixed reality is becoming more open to the public, and soon it will become more common for people and businesses to own VR or AR devices; to watch movies, play video games, or have a video conference with co-workers in different locations. Indeed, now you are able to have a VR experience at home beginning with something as simple as a cardboard headset.

At PLUS QA, we started testing iOS in 2010 and Android apps in 2011. Since then we have expanded our portfolio and our experience across all desktop and mobile platforms. Testing VR apps can be challenging but discovering new technologies and new testing solutions is what drives us every day. In the past year we have upgraded our library of VR devices but also Windows and Mac stations to be able to support testing for VR clients.

Last January we posted on our blog about a few examples of VR projects we tested in 2016 and early 2017.
In order to accommodate VR and AR testing, we are also creating a dedicated Virtual Reality room in our lab. This type of room requires enough space to set up systems, move around freely, and PCs hefty enough to run the hardware. Let’s go over a few details that stand out about these devices, and how our VR room will accommodate for each.

The Oculus Rift and HTC Vive are currently two of the most advanced VR systems. While VR headsets like the Samsung Gear and Google Daydream allow you to have a VR experience with your smartphone, these devices, which connect through a PC, provide a much more immersive experience. They allow you to do what the smartphone headsets can’t, which is use your body movement to interact with the VR world.

Tech Radar said that HTC Vive, developed by HTC and Valve, is “the best virtual reality experience on the market, bar none.” The kit comes with a Vive headset, two Vive controllers, and two base stations. Two base stations are placed in two corners of the room, above head height, and can be mounted on the walls, on tripods, or set on a high bookshelf. The base stations beam signals to the headset and two controllers. One of the most exciting aspects of the Vive is the ability to play at “Room Scale”, which allows you to walk around and interact with the environment. There are also apps designed for seated or standing-only experiences. To use Room Scale VR on the HTC Vive, you need a play area of 6.5 ft x 5 ft, and some room overhead.

The recommended computer specs for using the HTC Vive are:

Needless to say, these devices require some rather powerful computers. The Vive website also has a Quick Compatibility Check tool you can download to find out if your computer can support the software.

The Oculus Rift was developed and manufactured by Oculus VR, which was initially launched on Kickstarter and acquired by Facebook in 2014. The Oculus Rift + Touch VR System includes the headset, two touch controllers, and two sensors. The sensors are placed in front of your play area, which requires a space of at least 3 ft x 3 ft.

The recommended Specs for the Oculus Rift are:

QA testing is a crucial step in product development, especially when it comes to VR applications and games. Each time we collaborate with a VR company we make sure their apps work well across the different devices and we also focus on the user experience. It only takes one bug, a crash or a slow experience to bring frustration and a bad experience to the end user.

The goal of a VR experience is to be completely immersed in a digital environment and be able to forget you are using an application. This is why testing a VR app assures that, whatever the user does, the app will react correctly. Our testers pay attention to every angle of the VR game/app to make sure that everything is working okay.

Another very important step in testing is the motion sickness that VR can bring. If you don’t do any QA testing, you won’t be able to find out if your app is playable. While you’re wearing a headset and you’re diving into virtual reality, your entire body is immersed. More than functional bugs, you also have to pay attention to the body’s physical reactions.

These new devices and the dedicated room are exciting new developments for us. We’ve got our PCs ready, our sensors mounted, and our space cleared. We’re prepared for the adventures and challenges of VR testing ahead of us. 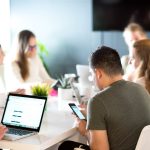 The Benefits of an On-Site QA TeamQA Testing 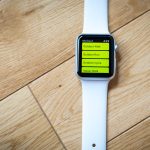 The Challenges of IoT TestingQA Testing