Nowadays, productivity is one of the most important things in life. Everyone is always looking for new tools to make them more efficient, either in their professional or personal life. Every day, our smartphones have new apps, new tools or new solutions to help us in that aspect.

To evolve with their customers’ needs and always have better tools, Android and iOS developers are continually working to improve the operating system of their smartphones. Every month, Android and Apple developers release their operating system market share statistics. We find this data very interesting because it helps us to understand user behavior and have a better idea of what operating system is important to focus on while we test on mobile devices.

Last month, the stats were pretty stable. We were expecting a radical change in the data with the release of Android O. However, the new OS is still not out yet. You can get your app ready for Android O by downloading the latest developer preview.
In July, each operating system before Marshmallow saw a decrease in users. These ones turned either to the Marshmallow OS or to the Nougat one. In fact, Marshmallow gained 0.6% in users, Nougat 7.0, 1.7% and Nougat 7.1, 0.3%.

No major changes for the iOS statistics.

If you compare with May’s stats, there is only one small change: 1% of iOS 9 users moved to iOS 10.

A new beta version of iOS 11 was released in July: the beta 4. The expected final launch date is in September and it should have a big impact on the stats.

Let’s see the evolution of the past 6 months. 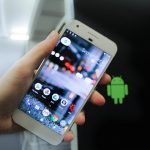