Apple announcements at WWDC and what it means for testers.

WWDC, the annual Apple international conference for developers, started on June 5th. Apple announced a lot of exciting news about new products, software and upcoming technologies they’ve been developing. This post goes through some of those announcements and what it means for people in our industry who work on mobile applications, especially for testers and developers.

After a couple years without any major updates on their iMac models, Apple announced a new iMac at the 2017 WWDC. The new iMac Pro is a powerful desktop machine that will be loved by developers or designers. The new iMac Pro includes an 8-core Xeon processor, 5k display, and a 4TB SSD storage. It also includes quite a few more upgrades but it also comes at a steep starting price of $4,999.

What it means for testers is that you will have to file a lot of valuable bugs before you can upgrade to this machine. At PLUS QA our entire team has operated on iMac for the past 7 years, so seeing new updates on MacBook and iMac is always exciting. Overall, iMacs are reliable computers and they make the work easier when you work on iOS or Android apps testing.

A new version of macOS called High Sierra is coming out. High Sierra includes some performance updates and they announced that Safari browser will be 80% faster than Chrome. This should improve the experience for Safari users. In addition to that, the next Safari version will be safer by using machine learning to analyze and block ad trackers.

Some of the most exciting news Apple announced this week is the support of VR. Developers will be able to make VR apps and test them from their Mac. Most VR products aimed towards consumers have been focused on the Windows platform, so this announcement shows a big step forward for Apple. It should be exciting to see that field being developed in the coming years.

Testing an app can get complicated when you’re not able to share it easily.
The two main improvements that Apple made with Xcode 9 are definitely the wireless deployment and the support of Swift 4.

Wireless deployment: Developers will now be able to use Wifi to directly send their applications on iPhones or iPads, without using a USB cable. This will ease the testing process.

Swift 4 supported: A new version of Swift came out: Swift 4. The cool part is that you’re able to combine both language versions, Swift 3 and Swift 4, in the same project. The migrator experience has been improved with the ability to target what you want to migrate.

Get more familiar with Xcode 9 by clicking this link: https://developer.apple.com/library/content/documentation/DeveloperTools/Conceptual/WhatsNewXcode/xcode_9/xcode_9.html

A beta version of iOS 11 already exists and can be downloaded on the Apple developer website. We don’t have an official launch date but several upgrades will be done during the summer and we are expecting a final launch around October-November.
iOS 11 will also be implemented in iPads with new features and capabilities:

On iPhones, the main upgrades are;

Siri will be smarter

Siri is already your best daily partner. He is able to help you or answer your questions when you need it. Now, it will be even more powerful. Siri will be able to answer a request according to the context. He will also pay attention to your habits to give you personalized information and suggestions.
The new concept named “on device learning” by Apple, synchronizes all your data from your different iDevices and your Apple applications like Mail, iMessage or Safari to help Siri identify your activity and be even more powerful.
Siri will also be able to translate your request in different languages. His voice will be improved to be more natural.

A brand new interface for the App Store

Apple asked the audience to imagine a world where all our apps would disappear and where no one would create new ones. The conclusion was: “keep making apps. The world depends on you.”
Developers need to keep the motivation to develop apps, and that means these apps have to be findable in the store.
The goal of the new App Store interface is to discover new apps easily.
After 9 years of no change, the new interface will see some changes. It will be similar to the Apple Music one. It will showcase a new app every day on the homepage and more content will be posted to attract more people.

Definitely one of the biggest announcements during the conference. The launch of a brand new product: Apple Homepod Speaker.
On the same level as Google Home or Amazon Echo, the new Apple speaker will allow you to make some requests (like the forecast or listening to music) and get an answer.
The product will be available by the end of the year for $349.

During this conference Apple also announced 2 new iPad models: the 10.5-inch iPad Pro and a 12.9-inch model.
Each device includes some hardware updates and also new accessories. What that means for us is two new devices to support during testing. Over the years the iPad has always been a popular device among users. At PLUS QA the majority of our clients request for us to test on iPad when testing a responsive website or an iOS application. If you are interested to see how we handle all of our iPads and mobile devices, visit our device library post on our blog. 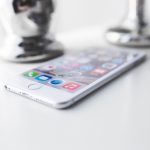